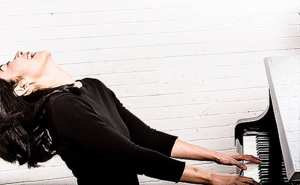 Beginning at an early age, she won prizes at competitions and performed at concerts in Japan, Hungary and Germany. During her studies in Berlin, she was the recipient of the 2003 Steinway Advancement Prize.

With her intelligent and highly sensitive ensemble playing, Ingawa is a much sought after chamber music partner. Among her many engagements, she has performed as keyboard artist with the Berlin Radio Symphony Orchestra since 2001. In addition, she is a member of several chamber music ensembles with whom she regularly performs. She has performed in all the major concert halls in Berlin as well as in various open-air venues in the city. She has also had engagements with the Konzerthausorchester Berlin, the Komische Oper Berlin, the Deutsche Oper Berlin and the Filmorchester Babelsberg.

She has been a part of numerous CD and radio recordings and film productions. In February 2018, her first chamber music CD, with violist Gernot Adrion (RSB) was released.

Her other great loves are choral music and symphonies. For more than fifteen years she has served as répétiteur and accompanist for the Berliner Konzert Chor and the Ernst Senff Choir. Since 2015 she has directed the Clara Schumann Children’s and Youth Choirs.

A “Kiwanis Ambassador” in Germany since 2016, she has worked intensively with soprano Friederike Meinel on projects with children.